Dude Perfect set a basketful of Guinness World Records at TCU’s Ed & Rae Schollmaier Arena, before heading on the road for a towering shot from the top of Oklahoma City’s second tallest building.

Of the various basketball records established, perhaps none were as impressive as Cody Jones sinking a 71-foot shot while blindfolded… on his first try. 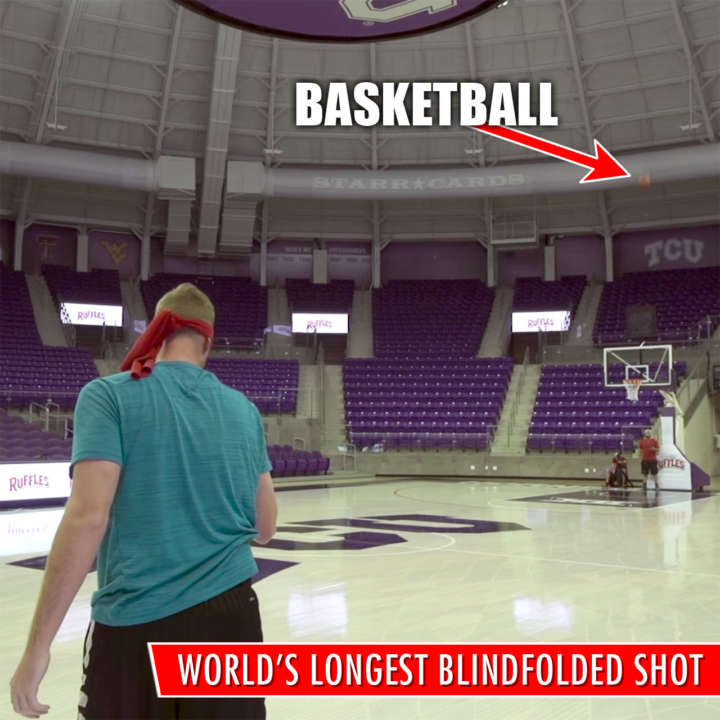 Tyler Toney, bedecked in his signature backward baseball cap, was giving the honor of launching the record-breaking shot of 533 feet. No fracking industry execs were harmed in the making of the video (or so we’re told).