While Twitter sometimes serves as a powerful platform for social change, it is far more frequently the dumping ground for unfiltered insults, invective and incivility. With the passions inspired in fans of professional sports teams, star players often serve as super-sized targets for such mockery — perhaps, none more so than the NBA’s elite.

Three years ago, Jimmy Kimmel Live debuted the NBA edition of its Mean Tweets segment — in which stars read nasty comments about themselves — and the video has since garnered almost 24 millions views on YouTube. With the edition released this week, there are now five compilations of contempt which we present below. 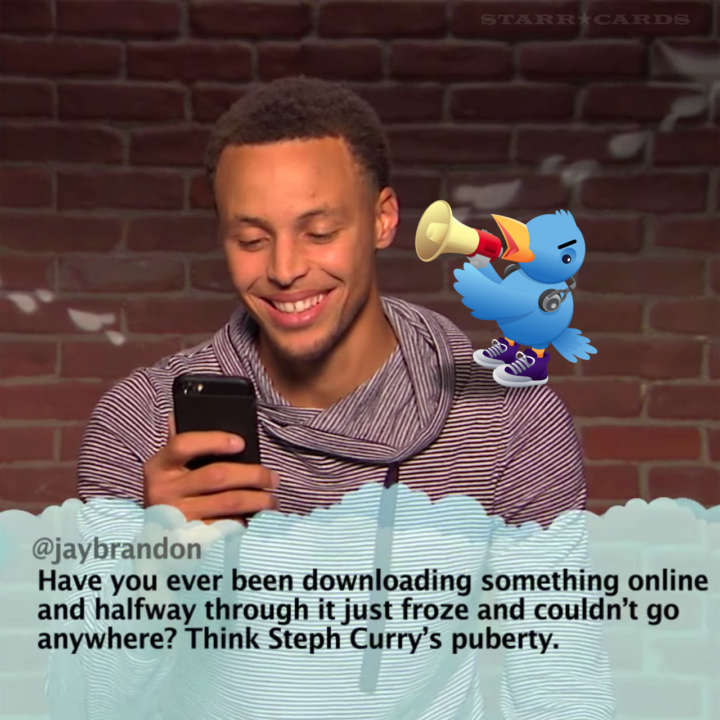 In the third edition of NBA Mean Tweets, Curry and Thompson’s teammate Draymond Green responded bemusedly to having his appearance likened to that of Donkey from Shrek.

In the second edition of the Kimmel sketch, Jeremy Lin gave as good as he got, letting @KhobeAustin know he should “git” spellcheck after reading his poorly constructed tweet.

In the debut episode of the NBA edition, Blake Griffin seems to agree with a mean tweeter’s observation that Chris Paul’s nose looks like Michael Jackson’s before his several surgeries. Paul, for his part, is not amused.