Life is good for Dude Perfect. They’ve starred in Ruffles chips commercials in heavy rotation during sports broadcasts, they’re making bank with their own branded Nerf products, and they have a trick-shot TV series on CMT that debuted this year. But to amass this salty, soft and sensational life, they put their heads (and ankles) on the block… literally.

In the summer of 2014, Dude Perfect teamed with world No. 1 bowler Jason Belmonte for a bowling trick-shot video that threw bodily caution to the wind. 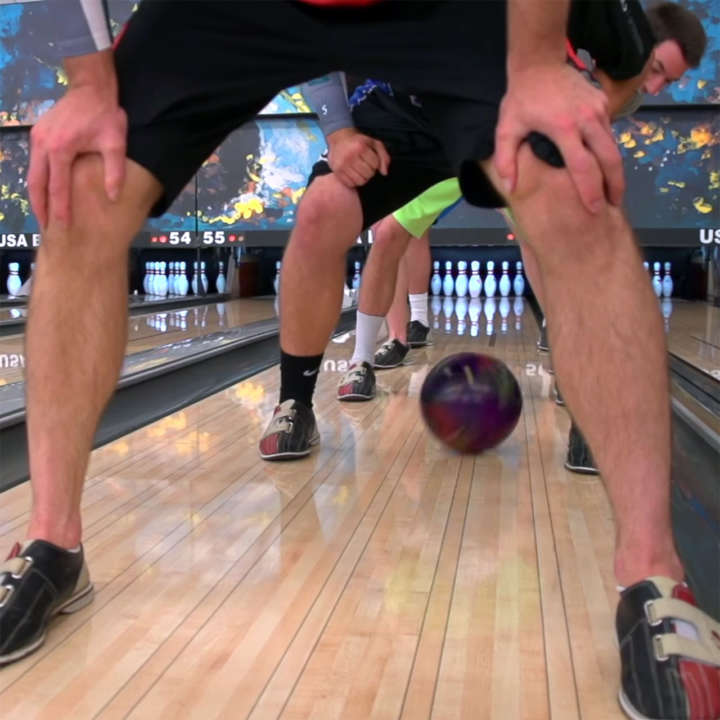 First up, Belmonte sent the bowling ball between the legs of all five of the Dude Perfect dudes — a stunt that could have easily become a nasty ankle breaker several times over. 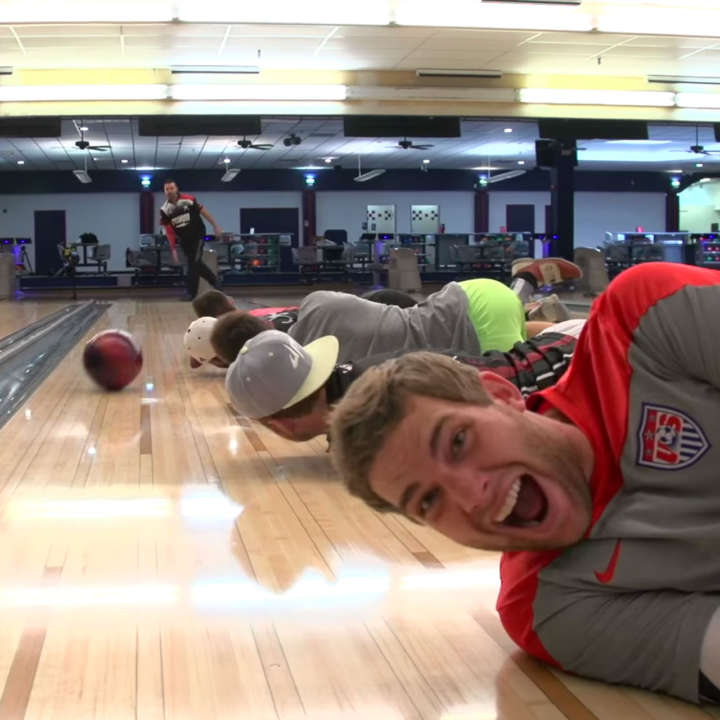 Emboldened by making it through the first bit of tomfoolery unscathed, the Dude Perfect crew offered up their heads on the lane for a death-and-logic-defying trick shot. 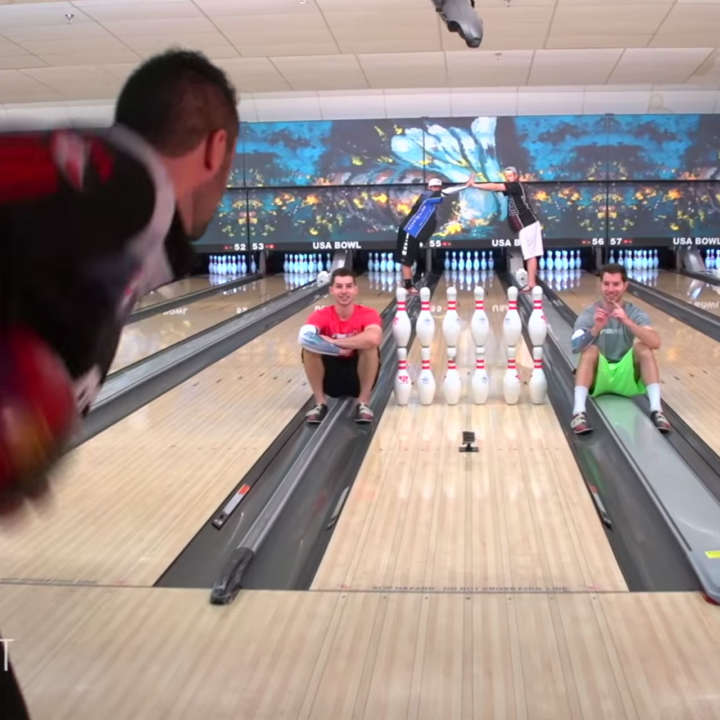 Another trick shot had the Dude Perfect twins, Coby and Cory Cotton, form border sentries for a Great Wall made of bowling pins. Once again, no crew member was harmed in the filming of this video.

The bonus video keeps things a whole lot safer. Highlights include Belmonte executing a circuitous ten-pin strike in the bottom of a skatepark bowl and picking up two spares at once back in the bowling alley.

Belmonte, the star of the trick-shot videos, has won 12 titles on the PBA Tour, and was named Player of the Year three consecutive times from 2013 to 2015. In February of last year, he became the first bowler ever to win three consecutive USBC Masters tournaments.

The awesome Aussie, who employs an unorthodox two handed grip on the ball, demonstrated his bowling prowess by recording 5-and-a-half strikes in 90 seconds at a 2013 charity event. Be sure to watch the video to the end to appreciate the insane skill Belmonte employs to slow roll the final strike.