Other than a few cosmetic tweaks and minor rule changes, basketball hasn’t evolved much since moving from a peach basket to a net suspended from a steel rim. Nike is making a game attempt at catapulting the sport into Star Trek territory with a full-sized LED basketball court.

Assembled inside Shanghai’s Kobe Bryant-branded “House of Mamba”, the court can drill players via projected graphics and motion tracking sensors. Think of it as a mammoth Dance Dance Revolution floor with infinite gaming possibilities.

“My first experience on the LED floor, it's pretty uh... I didn’t even know that was possible. It's amazing what can be done nowadays. I think the potential and possibilities for the floor are endless.”
— Kobe Bryant

You can catch more of the floor in action midway through the following clip. 23-year-old Zhang Yao from Kunming shows up the boys with the perfect performance in the “Black Mamba” shooting drill.

This isn’t Nike’s first attempt to inject some futuristic flavor into basketball. In the 1990s, they made a much ridiculed push to introduce form-fitting unis in NCAA hoops games. Then last year, they made a savvier effort at reimagining basketball uniforms in conjunction with rolling out their Superhero Elite shoe series. 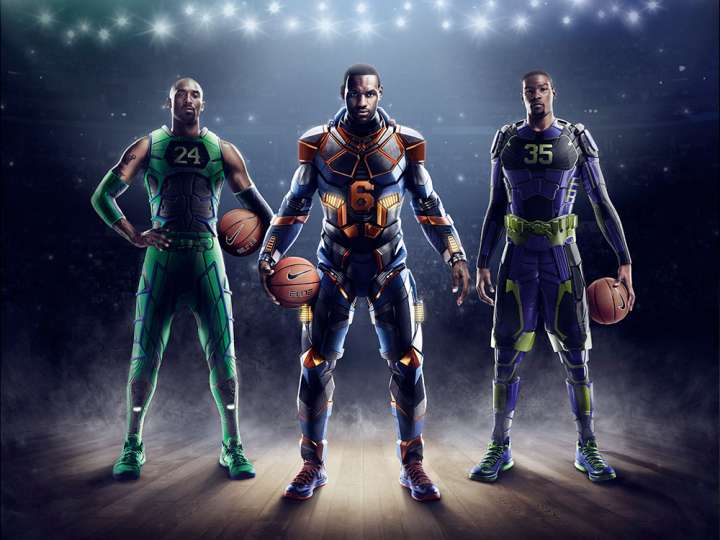