The Michigan Wolverines and Ohio State Buckeyes have clashed on the gridiron 112 times since 1897, with Michigan leading the series 58-47-6 (despite dropping eleven of the last dozen meetings). Saturday afternoon’s battle at the Horseshoe in Columbus, will not just determine which school secures bragging rights until the next year’s game in Ann Arbor, but which team will get a leg up in the recruiting wars.

Fans on both sides of the border looking for the perfect conversation piece for their Wolverines vs Buckeyes viewing party can pick up a nifty Lego model of their team’s respective stadium on Etsy.

During the day Matt Jenkins is a Ohio-based systems information analyst, at night he becomes a builder of tiny Lego stadiums. The 200-250 piece creations take him about 15 minutes each to assemble. 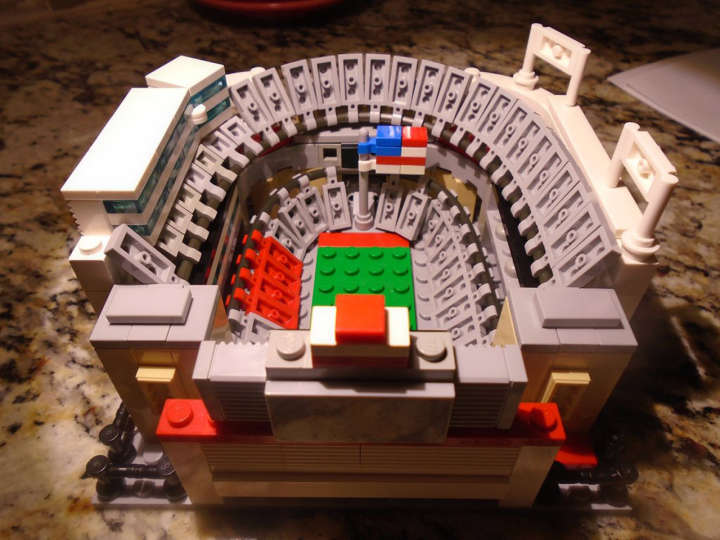 As an avid Buckeyes fan, Jenkins’ tiny model of Ohio Stadium (better known as The Horseshoe) is a truly a labor of love. It can be purchased on Etsy for 50 bucks. 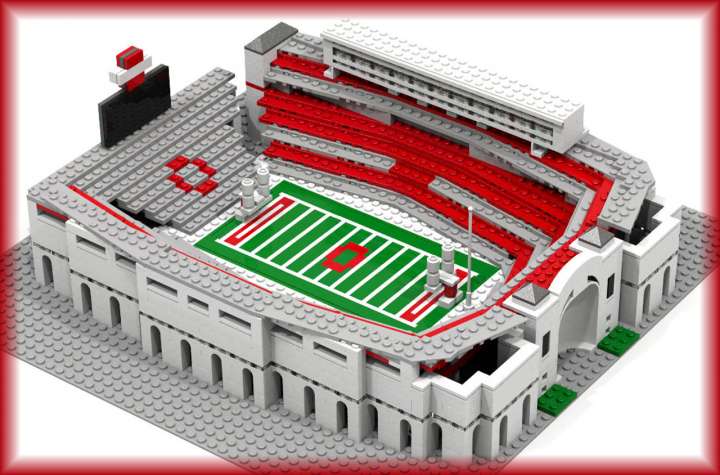 For tens times as much loot ($500), you can get a significantly larger Lego masterpiece from StadiumBrick.

To compare the Lego designs with Ohio Stadium’s actual architecture, click the Google 3D Warehouse model shown above. After the model loads, give it a spin with your mouse. 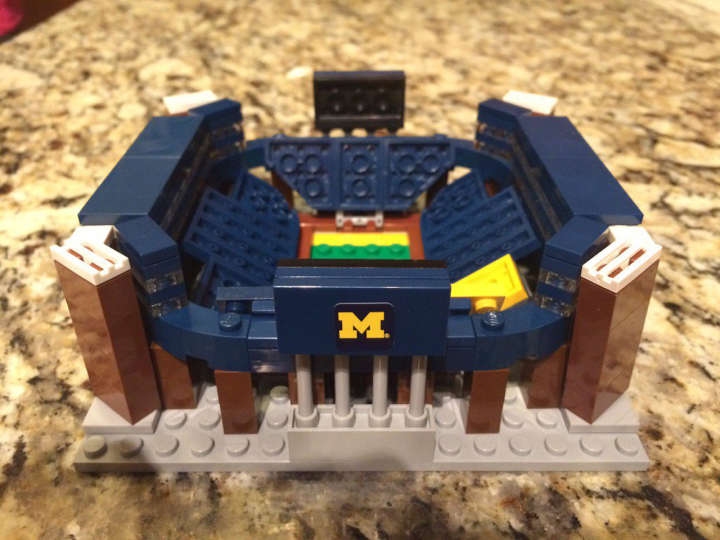 Jenkin’s model of Michigan Stadium (aka The Big House) is just 5×5 inches. Like the mini Horseshoe, it will set you back one crisp Ulysses S. Grant bill. 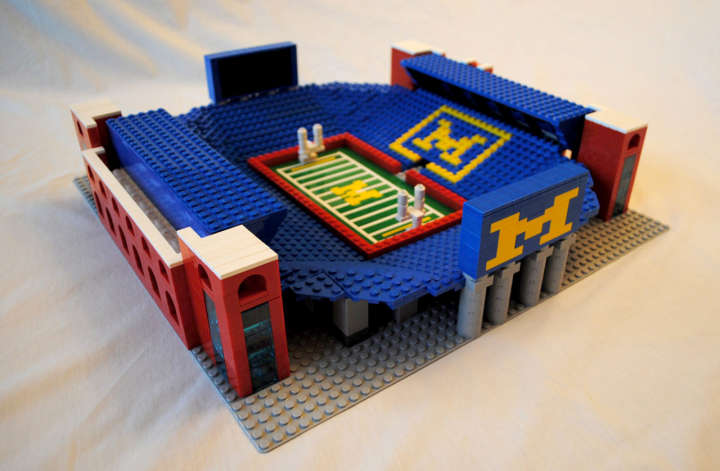 If a bigger Big House is more to your liking, StadiumBrick offers a do-it-yourself 15×15 inch Lego model, complete with miniature field goal posts, for $500. They also offer a 30×30 inch masterpiece for a whopping $1,200.