John Daly’s selection of golf pants look like the pajama collection from Walmart’s toddler department, or repurposed wrapping paper from a six-year-old’s birthday party. Either way, the parade of pants the two-time major championship winner has sported in tournaments has always brought a welcome dose of levity to the links.

Interviewed by Graham Bensinger in 2016, Daly took the sports journalist on a tour of his golf course, RV and house, including a foray into his vast walk-in closet resplendent with technicolor jackets to match his outrageous pants.

John Daly “had fun losing 55 million” … One Google image search shows most of that fun was pants. pic.twitter.com/GZNZgidSMd

Perhaps, one day MOMA will do a retrospective of Daly’s pants entitled “The Wild Thing Never Slacks”.

With the passing of Craig Sager, the only one who can compete with Daly’s flamboyant fashion sense is Daly himself (or at least a cardboard cutout). 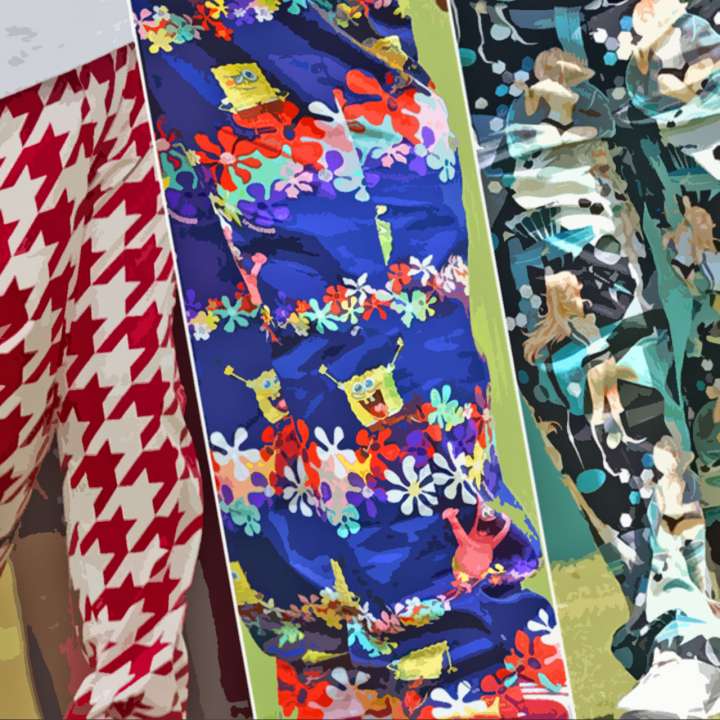 You may have noticed some of Daly’s pants patterns look suspiciously like super-sized pages from a Magic Eye book of autostereograms. See if you can decipher the two-part 3-D message hidden in the following images. HINT: Together they form a phrase found earlier in this post.