Dipping a biscuit in a cup of tea isn’t always a cup of tea — at least not for Simon Berry. Suspended from a towering crane in Berkshire, UK, the 24-year-old British daredevil dove 240 feet 10 inches (73.41 meters) before dunking a McVitie’s Hobnob into a mug of tea. 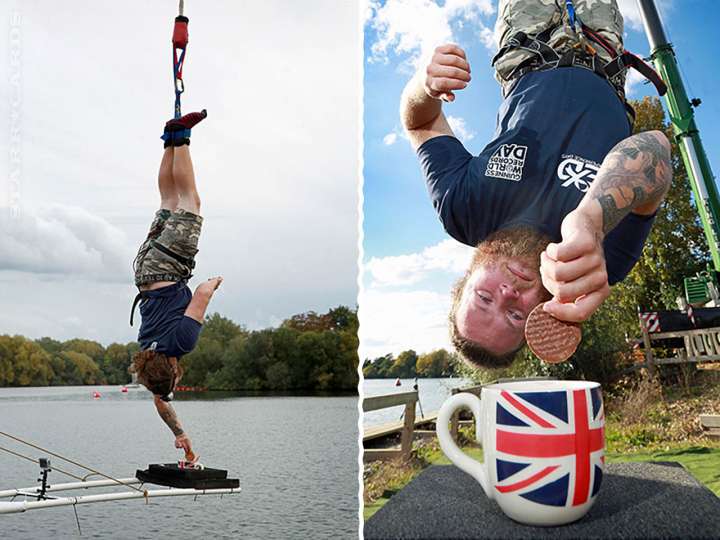 “It was pretty difficult. Obviously, the team helped me by getting me roughly in the right place, but having to go down and nail that cup of tea was pretty tricky.” 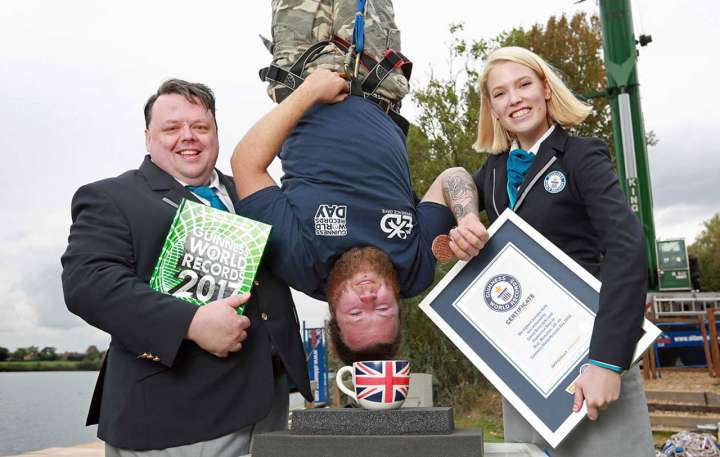 The previous record for highest bungee dunk was held by American Ron Jones. In 2003, the seasoned jumper dipped a donut into a cup of coffee from a height of 198 feet 8 inches.

Jones owns and operates Bungee America which has hosted nearly 200,000 jumps at the Bridge to Nowhere in Angeles National Forest. While having his dunk record supplanted has to sting, Jones’ company still holds four other notable marks…