Maybe it’s due to soccer’s universally-known prohibition against using one’s hands, that it’s assumed among casual volleyball players that a similar rule applies in that sport with regards to the feet.

In actuality, volleyball rules stipulate that any part of the anatomy can be used in a hit — as demonstrated by Steve Marshall in Canada’s Pan American Games victory over Mexico this past week. 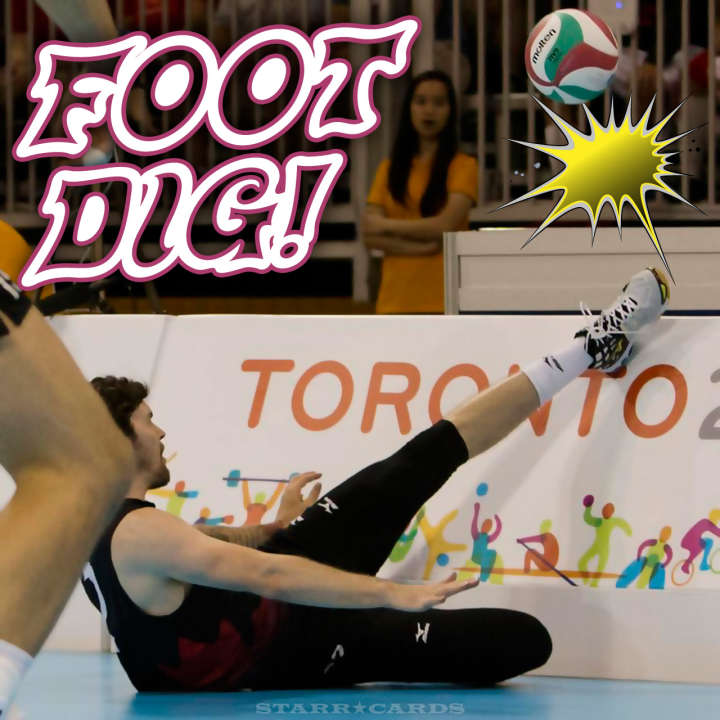 CAN YOU DIG IT?

Marshall’s display of deft footwork was not the first time a player has kicked a ball back toward the net in international play. At the 2012 London Olympic Games, Brazilian libero Fabiana de Oliveira made a similar foot dig. Brazil won the point, but lost the match as South Korea swept the favorites three sets to none.