The meteoric rise of child prodigies almost always comes with a fall, but what happens after that? For Michelle Wie, the last few years have meant letting go of the pressure of being the “next big thing.”

— Michelle Wie, on becoming one with golf

A refreshed outlook has resulted in Wie playing the best golf of her career with some of the limelight in the rear view. VICE SPORTS caught up with the 27-year-old golf veteran to discuss her relationship to the sport, halcyon days at Stanford, and how she saved up for her first car. 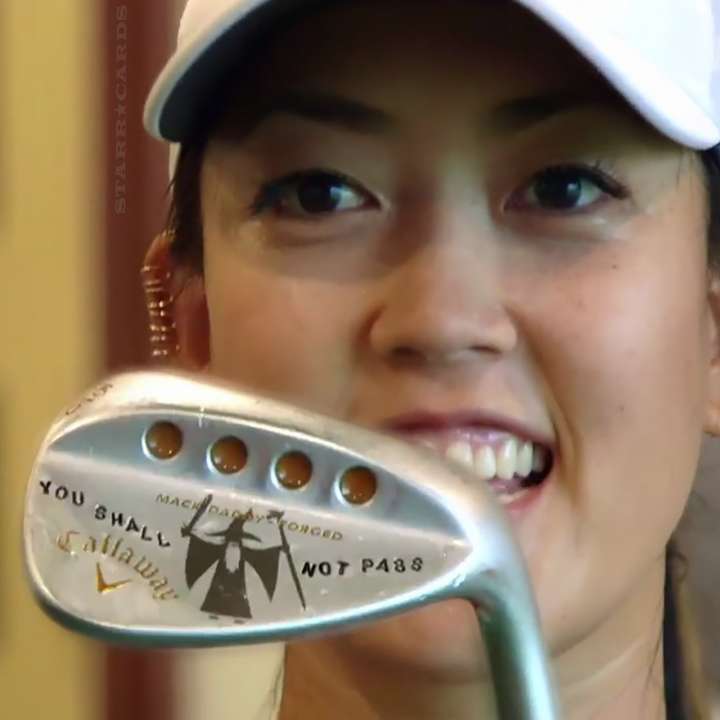 Wie shared her penchant for customized golf clubs, including a bag full of nerdy Harry Potter and Lord of the Rings-themed wedges stamped by Anthony Taranto.

Wie found her happiness within golf after claiming her first major — a two-stroke victory over Stacy Lewis at the 2014 U.S. Open in Pinehurst, North Carolina.

No longer having to prove to everyone that she could win a major, the game became a lot more fun, and the freak outs less frequent.