China’s famed Tianmen Mountain sports a staircase leading up to a massive opening in the rock known as Heaven’s Gate. For tourists the climb offers a great leg workout and spectacular views, but for handful of world-class freerunners it became a playground of epic proportions.

For a few days in the summer of 2017, Tianmen Mountain’s 999-step staircase was embellished with box platforms, slides and poles to form the world’s longest parkour course with an average incline of 45 degrees.

Calen Chan somehow managed to navigate the entire course with a GoPro camera held in his mouth to provide a thrilling first-person perspective of his harrowing descent. Interestingly, the staircase was still open to casual tourists during the race which added flesh-and-blood obstacles to the mix. 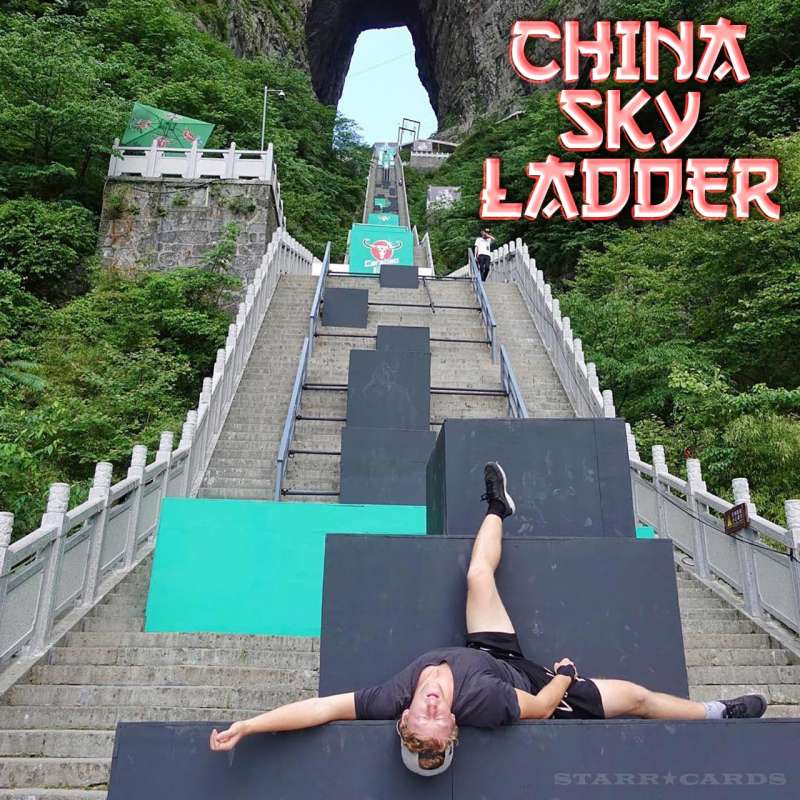 Almost three football fields in length, participants in the exhausting event were more than happy to make it down in one piece.