With Steph Curry leading the Golden State Warriors to their second NBA championship in three years, he helped cement his father Dell’s and his status as the best father-son duo in basketball history. 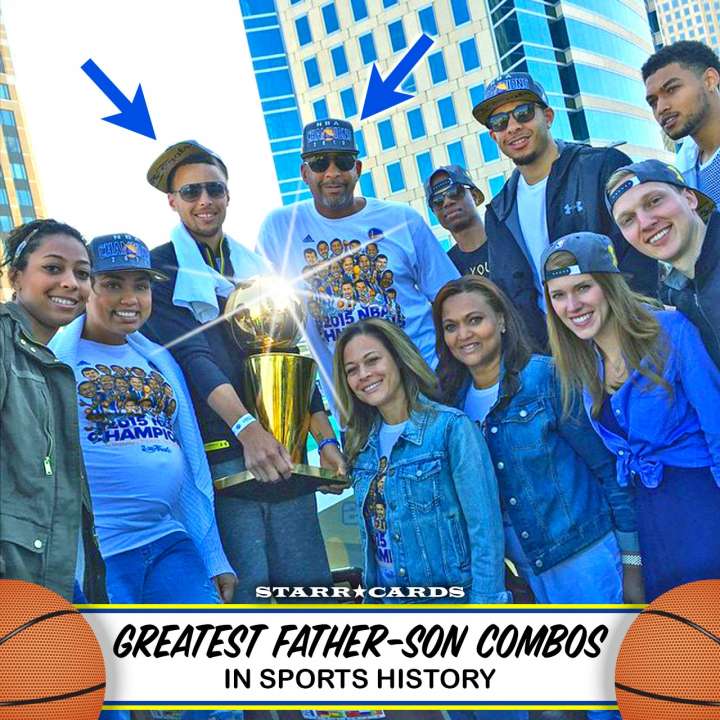 In celebration of Father’s Day, we present here our picks for the greatest father-son combos in each of the major sports.

Dell Curry spent 16 years in the NBA, shooting nearly 46 percent from the floor and better than 40 percent from 3-point range. He was named the NBA’s Sixth Man of the Year in 1994, and still ranks as that Charlotte Hornets’ all-time leading scorer with 9839 points. Son Steph has won two NBA MVP awards over the course of his first eight years in the league, and is already recognized as the greatest shooter the game has ever seen.

Quarterback Archie Manning was named to the College Football Hall of Fame on the strength of his heroics at Ole Miss, and was a two Pro Bowler with the New Orleans Saints in the NFL. Peyton Manning surpassed his father’s gridiron exploits with 14 Pro Bowls, four MVPs, and a Super Bowl win in his final season. 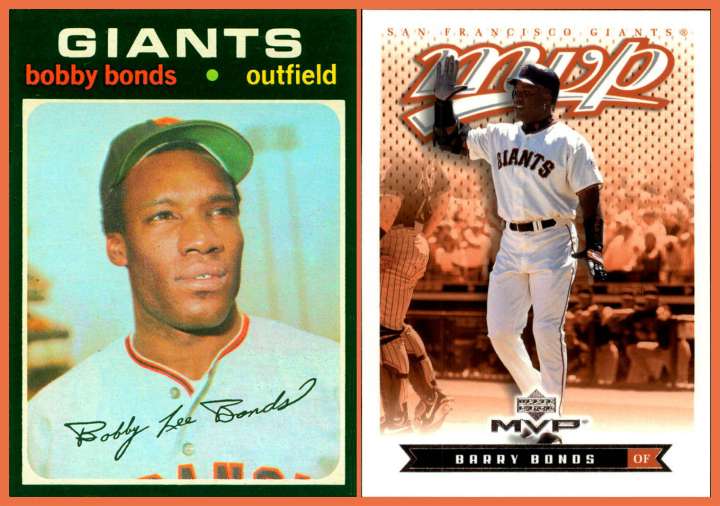 Bobby Bonds was a 3-time Gold Glove Award winner and 3-time All-Star over the course of his MLB career, but son Barry easily surpassed his achievements. Barryholds the MLB career records for MVP awards, home runs and walks. Bobby and Barry hold the father-son combo record from home runs, stolen bases and RBI.

The Hulls are the only father-son combo on our list that have both been named to their sport’s Hall of Fame. Bobby won two Hart trophies and three Art Ross trophies, while Brett claimed a single Hart trophy and is fourth all-time in career goals with 741.

Like father, like son. Cesare and Paolo Maldini won an impressive 11 Serie A titles between them for AC Milan.

Floyd Mayweather Sr. compiled a respectable 28-6-1 boxing record with 17 KOs. Floyd Mayweather Jr. is widely regarded as the best defensive boxer to ever step foot in the ring and owns an unblemished 49-0 record.

Tony Hawk is far and away the most famous vert skater in skateboarding history, while his son Riley is an accomplished street skater. Betwixt the two you have the most potent generational duo to ever hop atop a board.

While the Stadler’s have had a somewhat contentious relationship over the years, there is almost no contention that they represent the best father-son pair in golf history.

Craig & Kevin Stadler will be the 12th father/son to compete in the #Masters, but are first to do so in same year. pic.twitter.com/Dc9hbfRhtx

Kevin won the Junior World at Torrey Pines 27 years after his father did, then followed in his dad’s footsteps to become an All-American at USC. On the day Kevin claimed his first Web.com Tour event, Craig won on the Champions Tour. To top things off, in 2014, the pair became the first father-son duo to compete in The Masters in the same year.