Batman v Superman: Dawn of Justice may have been reviled by movie critics (it has a tepid 27% rating on Rotten Tomatoes), but that didn’t stop it from doing nearly $900 million in box office receipts. Long before the two superheroes battled it out on movie screens from Gotham City to Metropolis, they tangled on YouTube using nothing more than their parkour skills.

The Man of Steel honed his parkour skills in the summer of 2013 by chasing down a purse thief. Superman’s alter ego in this YouTube mini movie is Avni Hasani, a talented freerunner based out of Copenhagen, Denmark.

Batman evidently caught wind of Superman’s training, as he released his own parkour video in December of the same year. Filling in for Bruce Wayne, Alexander Schauer runs, flips and jumps his way through Vienna, Austria, whilst dressed in old-school Batman garb. 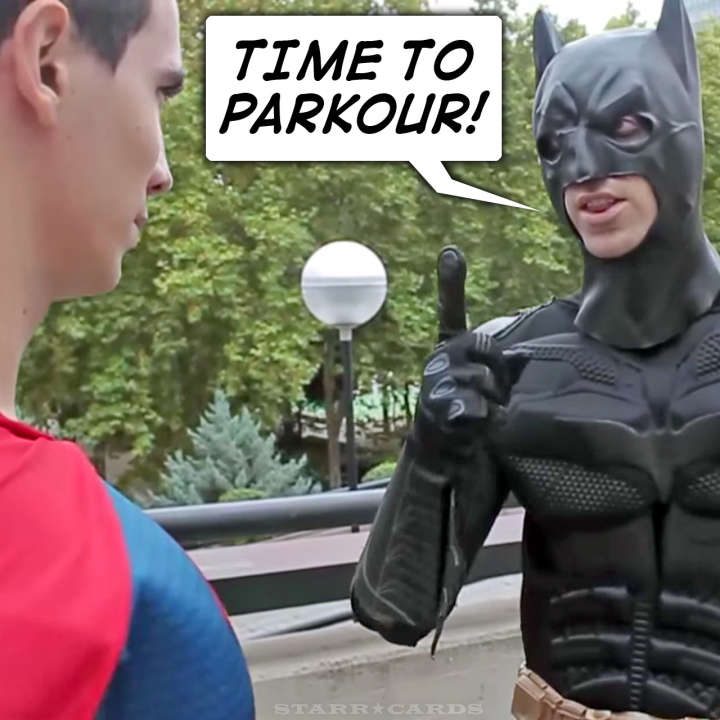 The superheroes tangled mano-a-mano in November of last year in a Spanish-language YouTube trilogy from Funidelia, the online shop for “fancy dress costumes” in Europe. The parkour action is almost entirely limited to episode two, after Batman finds Superman snacking on donuts in an oversized donut hole…

The battle leaves off on a dark note, with Batman having left Superman tied to a railroad track. Unfortunately, Episode 4 never appeared on YouTube to bring a resolution to the super-heroic squabble.

HOW BATMAN BROKE HIS LEG

The two actually had an earlier meeting in 2014, which ended rather ingloriously for Batman. Gotham City’s protector suffered a broken leg after jumping through the roof of an aluminum toolshed.