Six-foot-two Andres Gonzales (aka “Gonzo”) stands out as a rare bird from the flock of self-important PGA Tour golfers. In a few short years, the UNLV alum has acquired a bit of a cult following due to his penchant for playing in the rain, one-time flowing locks, Hulk Hogan mustache, and beer-buzzed tweets.

After Gonzo’s father succumbed to pancreatic cancer in 2007, he decided to grow his hair until it was long enough to donate to Locks of Love, the charity that provides hairpieces for children going through chemo. His long-haired appearance elicited a comparison from ESPN to Genghis Khan, and from fans to the character Kenny Powers on the HBO television series Eastbound and Down.

It's been a fun ride. Time for the hair to go @LocksLove

The magnificent mane was lopped off three years ago, but Gonzo’s free spirit lives on.

During his first year on the PGA Tour, Gonzales was drinking a beer with a friend who encouraged him to tweet to Tiger Woods. He obliged, and a fun-loving legend was born.

@TigerWoods My name is Andres Gonzales and I am a rookie on tour. I like elephants.

@TigerWoods as you probably know, my birthday was this week. I believe you owe me a night around a camp fire with songs and smores. Ttfn [ta ta for now]

@TigerWoods I’ll be on my couch all day if you need to get ahold of me. Respect.

@TigerWoods I’m thinking about you.

Anybody have a pill that will give me six pack abs while sitting in my hotel room doing nothing? @TigerWoods how you look like that?!?

@TigerWoods qualified for the open today. Hate to say I don’t need a roommate because my family is coming. But I would be up for a p. round.

Hey @TigerWoods, I heard Jack (Nicklaus) used to dunk basketballs. I don’t buy it. Your thoughts?

@TigerWoods you like Qdoba? I have a burrito in my pocket.

@TigerWoods I am sitting with friends talking over a glass of wine and the only thing in my mind is, “why won’t you answer me?”

@TigerWoods Dude check out my finish today. Best finish probably ever. One over and ready to pounce like a Tiger … get it?

@TigerWoods Did you know that Laser stands for Light Amplification by Stimulated Emission of Radiation? I learned something new today.

@TigerWoods you have a roommate yet for the Frys?

Not surprisingly, the famously staid Woods never responded to any of Gonzo’s tweets. More recently, Gonzales tweeted out to golf’s current No. 1, Jordan Spieth.

.@JordanSpieth You've made it!!! You have a bobble head of a claymation that looks partially like you. pic.twitter.com/J6GKfPyil4

Gozales, who hails from Olympia, Washington, and currently resides in Tacoma, had a local-area restaurant invite him to create his own sandwich. The result was The Andres: grilled pastrami with sauerkraut, Swiss cheese, 1000 Island dressing, topped with a egg, and served on rye bread. 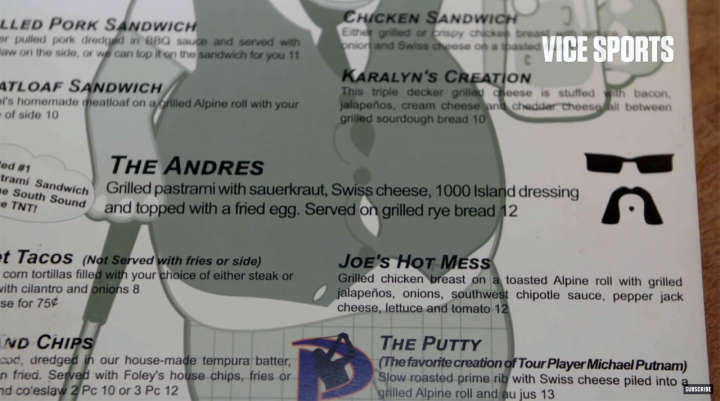 Gonzo’s creation went on to be named “Best Pastrami Sandwich in the South Sound by TNT.” 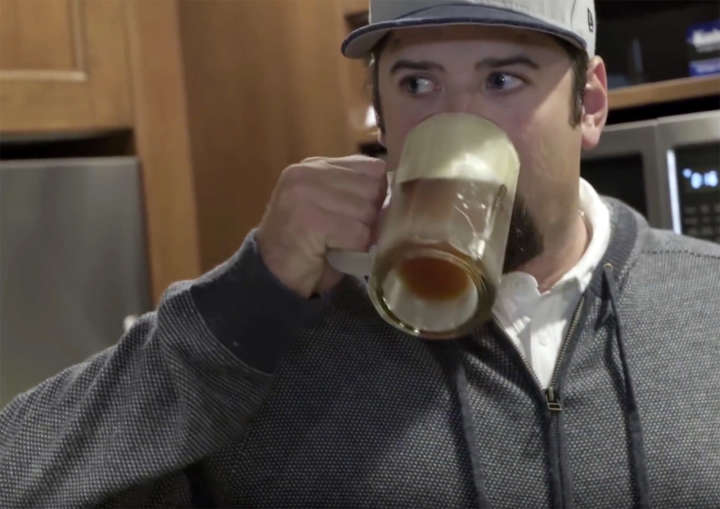 While other golfers may opt for Cabernet Sauvignons and Zinfandels, Gonzo is a straight up beer drinker. 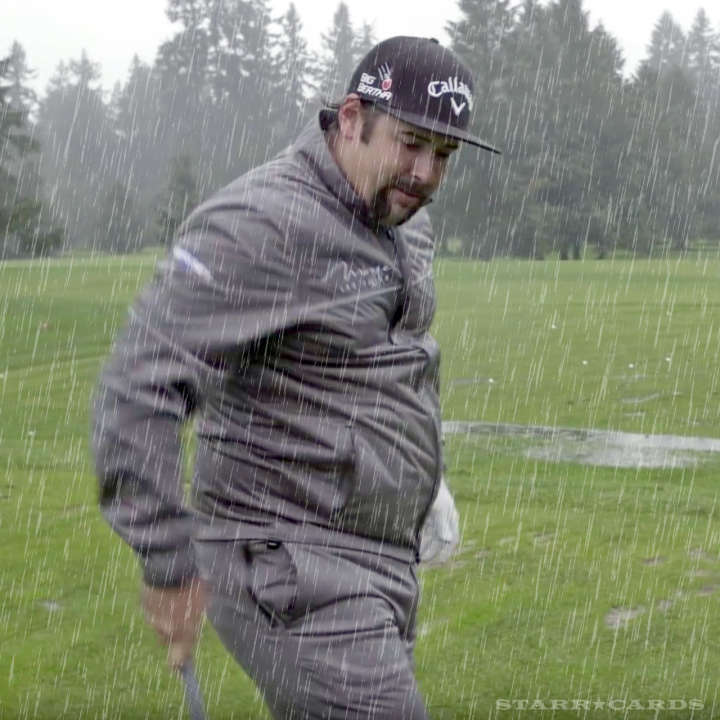 Come rain or snow, Gonzales — who describes himself as “Half Man-Half Amazing” — keeps to his appointed practice rounds on the golf course.

ROAD TO THE PGA TOUR

With Web.com Tour victories and PGA TOUR experience under his belt, Andres Gonzales reflected on the evolution of his hair, and what has molded him into the player he is today. Are you watching, Tiger?