When you’re the fastest man in the world, it’s your fate to be called out time and time again by everyone and their grandfather. So it was that 9-time Olympic gold medalist Usain Bolt found himself racing in the CBS Television City parking lot versus the Late Late Show staff, host James Corden, and fellow guest Owen Wilson. 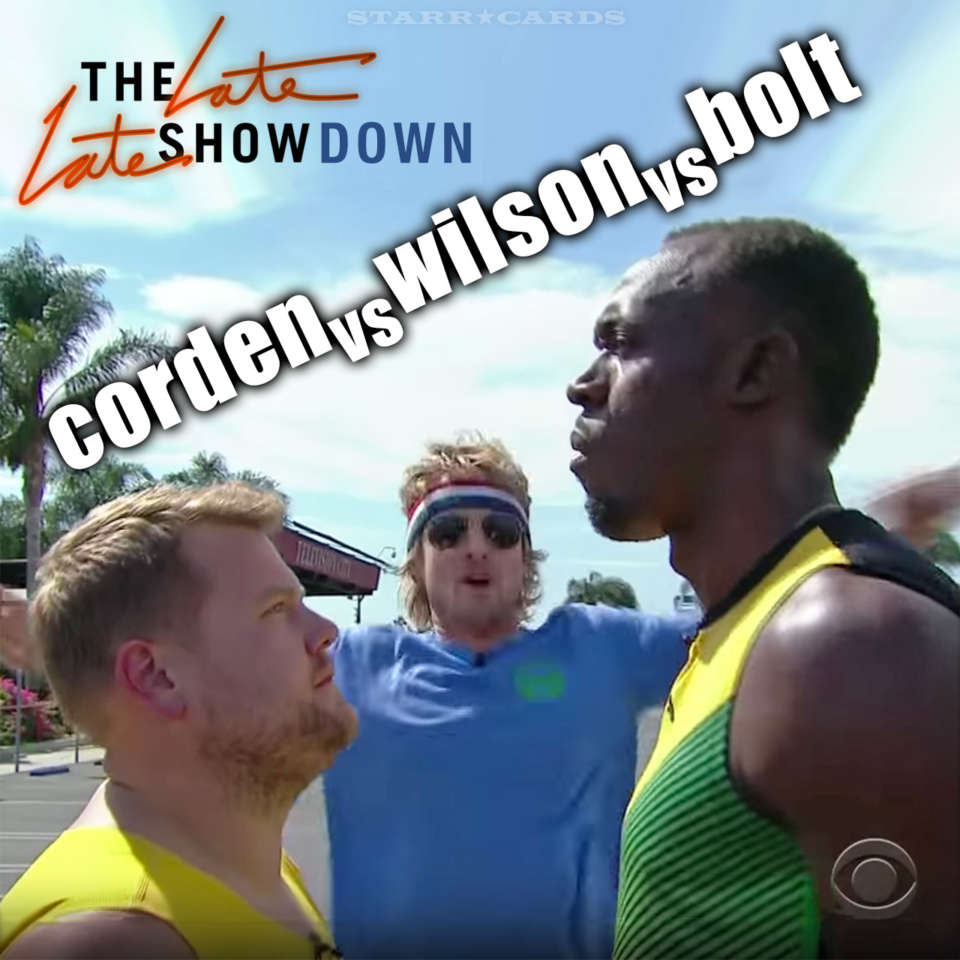 After Bolt effortlessly dispatched with his horde of challengers, Wilson refused to make any excuses for losing… other than wearing a microphone, suffering from jet lag, and nursing a cold.

To Wilson’s credit he does have some previous big-time running experience under his belt.

When Owen and his brother Luke first moved out to Los Angeles they decided to run in the LA Marathon to get to know the city better. With no preparation, they ran the first 13 miles before stopping at a Jack in the Box, where Owen downed a double cheeseburger and curly fries. The pair made it another eight miles before Luke’s knees turned blue and they were rescued by medics.