There’s nothing like March Madness — the drama, the heartbreak, the excitement of it all. As this year’s NCAA Tournament gets underway, it’s the perfect time to run back some of the most thrilling finishes in the history of the Big Dance.

Nothing creates as much excitement as a game-deciding last second shot, and no buzzer-beater is better remembered than the one drawn up by Duke Blue Devils coach Mike Krzyzewski during the 1992 NCAA Tournament. 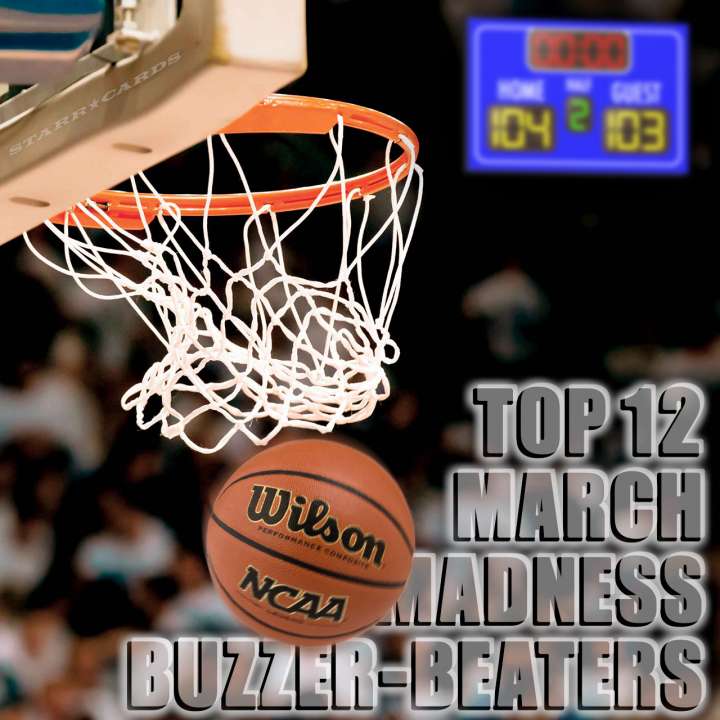 Here’s our Top 10 list of the biggest buzzer-beaters of all time, starting off with the “The Shot”.

Christian Laettner’s iconic game-winning shot against Kentucky in the 1992 Elite Eight marked Duke’s most improbable victory en route to a second consecutive national title. “The Shot” concluded a perfect game for Laettner — he finished 10-for-10 from the field and 10-for-10 from the line.

Dereck Whittenburg swears his air ball in the waning seconds of the 1983 Championship Game was a pass. In any event, Lorenzo Charles plucked it out of the air for the dunk to give North Carolina State thrilling win.

North Carolina mounted an impressive comeback versus Villanova in the final minutes of the 2016 National Championship, capped off by Marcus Paige’s acrobatic 3-pointer which tied the game with just 4.7 seconds to go. The Tar Heels guard’s heroics ultimately were for naught, as the Wildcat’s Kris Jenkins sank a high-arching shot from 5 feet beyond the 3-point line as time expired.

Freshman forward James Forrest sank a three pointer after receiving the inbounds pass with less than a second on the clock to give Georgia Tech the second round victory versus USC in the 1992 NCAA Tournament.

“The shot’s going to count!”

A couple years before Laettner made “The Shot” famous, Connecticut’s Tate George had one of his own in the 1990 tournament’s Sweet Sixteen round. With exactly one second on the clock and the length of the court to go, George received Scott Burrell’s hail-mary pass, turned, and sunk a 16-foot jumper.

“Hamilton, at the buzzer!”

Long before Richard Hamilton had his number retired by the Detroit Pistons, he made a memorable buzzer-beating game winner for Connecticut in the 1998 Sweet Sixteen.

Valparaiso’s version of “The Shot” was as easy as 1-2-3. Jaime Sykes threw the inbounds pass over the half-court line, where Bill Jenkins out jumped a Rebel defender for the ball and immediately passed it over to a running Bryce Drew, who let fly with a 23-foot 3-point shot.

Michigan State’s Delvon Rowe wisely ducked out of the way of Draymond Green’s pass allowing it to reach Korie Lucious for the game-winning 3-pointer as time expired in their second-round game versus Maryland.

In a 1995 second-round game, UCLA Bruins guard Tyus Edney dribbled the length of the court for a buzzer-beating bank shot to break the hearts of Mizzou fans.

In 2003, Drew Nicholas saved the defending national champ Terrapins from an embarrassing first-round exit with his dramatic, last-second 3-pointer.

In a Sweet Sixteen game versus the Wisconsin Badgers, Florida Gators guard Chris Chiozza hit a flying 3-pointer as time expired in overtime.