Steph Curry hasn’t been resting on his laurels this offseason. The two-time NBA MVP has a nifty little trick he debuted at the Warriors practice facility earlier this week. 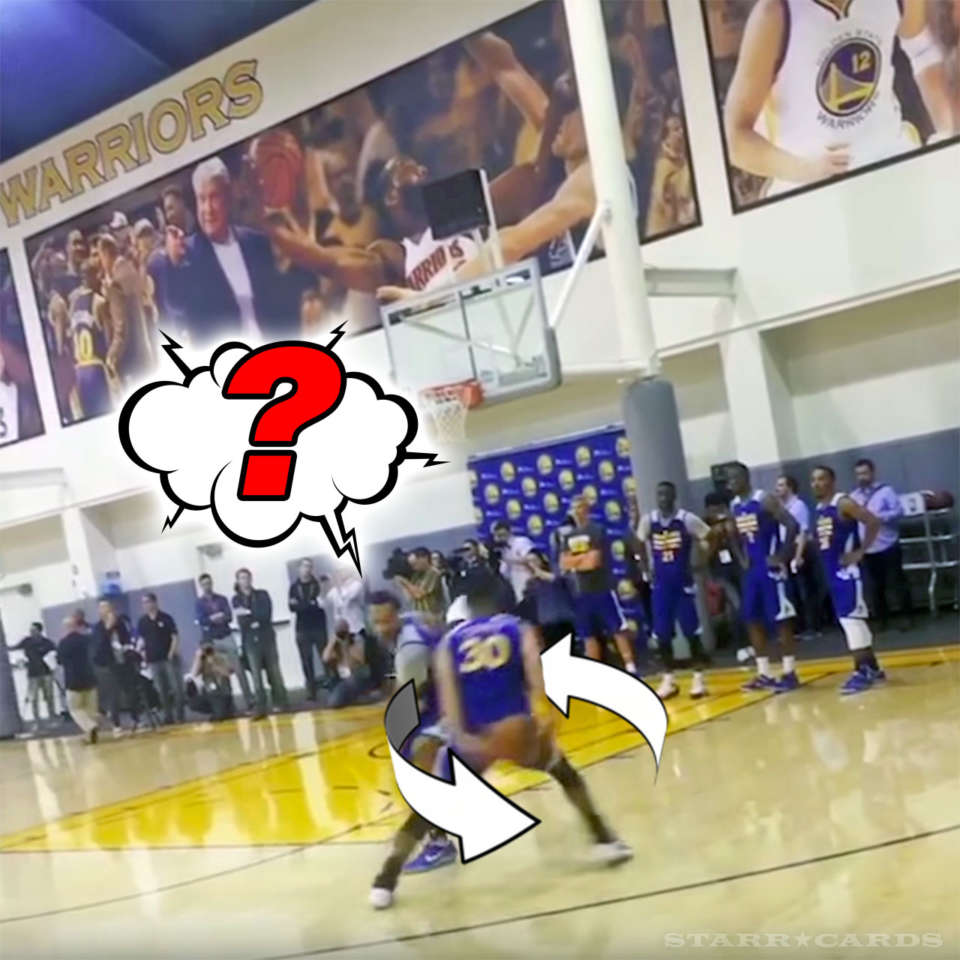 Curry’s new no-dribble, behind-the-back prelude to launching a three, left Cameron Jones pawing at the air where the ball used to be.

Curry’s penchant for trickery goes way back — although sometimes his sleight of hand isn’t so smooth. Years ago, when he was first dating Ayesha Alexander (now Ayesha Curry), he tried to pass off that he knew how to make chai tea latte, but Steph’s sister unwittingly exposed his subterfuge.

Curry isn’t the only Warrior that was back in the gym showcasing their skills this week. Kevin Durant and Klay Thompson paired in draining 18 three-pointers in a row at a recent practice. Does the addition of Durant make the Splash Brothers the Three Brothers?

No word on what Durant got from his new bros for his 28th birthday, but his arrival in the Bay Area has him eyeing a ring at the end of the season.