Skateboarders fly from Chengdu to Lhasa, before skating their way to Mount Everest

Skateboarders fly from Chengdu to Lhasa, before skating their way to Mount Everest

For adventure seekers lacking climbing skills or the bankroll to finance a team of porters, making the trek to Mount Everest’s base camp often serves as a bucket-list proxy for actually summiting the peak. 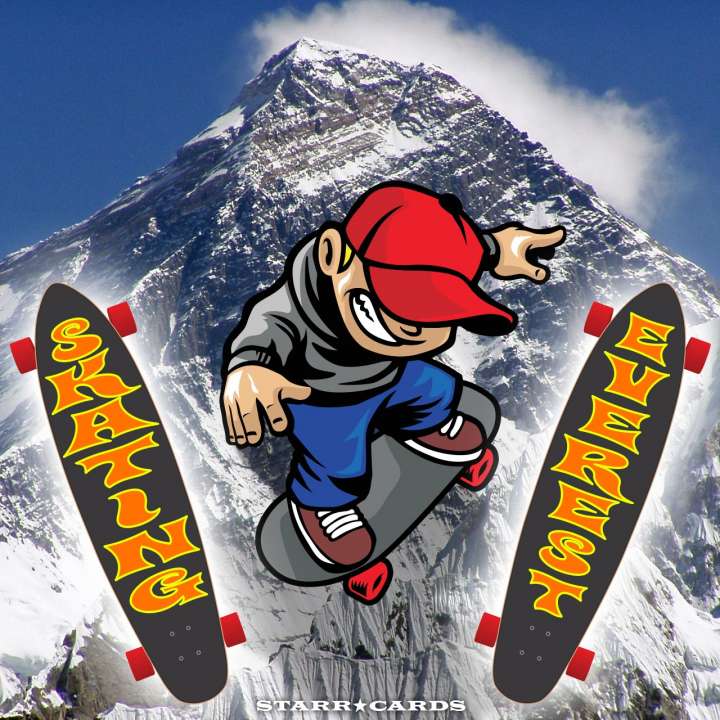 For skateboarders Chris Haslam, Mario Wirnsberger, Peter Molec and Madars Apse, Everest base camp represented instead the climax of a skating adventure through the Himalayan mountains.

The foursome started in Chengdu, China, where they secured the necessary paperwork for their mountain adventure, and, of course, got in some playtime on the rarely-skated streets of the southwestern city of 15 million.

The journey from Chengdu to Lhasa, the capital of Tibet, was a visual delight, with the Himalayas basking in temperate weather. Upon arrival in Lhasa — which sits at an elevation of 11,995 feet — the skate team immediately noticed the thin air. They decided to forego the cans of compressed oxygen that were sold everywhere, as they would slow acclimatization.

The many monks that populate the Buddhist monasteries in and around Tibet’s capital, were suitably impressed with the team’s skating skills.

SKATEBOARDING TO EVEREST: BASE CAMP

Once they had adjusted to the altitude, the team left Lhasa to skate the crazy spots which lie around the foothills of the Himalayas – five-kink hubbas, anyone?

Ultimately, the skaters’ mission was to hit some of the pristine architecture which can be found in the small chain of towns that run up to the incomparable Mount Everest itself. Much of the architectural design here favors smooth, hard surfaces because the biting cold and dense snow are a bigger concern than rainfall at this height.

The trip culminated in a brief visit to Everest base camp. Alas, no skating footage was collected at the foot of the world’s tallest peak…