There is a well-known proverb that asserts, quite reasonably, you must learn to crawl before you can walk, but Rachel and Zak Farmer’s daughter Ellie learned to climb before attempting her first ambulatory steps.

A CLIMBER IS BORN

Ellie’s parents began taking her to their climbing gym when she was still an infant. She studied the gym’s patrons with interest, before she herself eventually took to the walls — feeling out the variously colored and shaped climbing holds.

“She was watching other climbers in the climbing gym and then she started playing around on the holds herself, then by eight months she was doing her first climb.”

Rachel and Zak posted a video of her early exploits to Facebook that went viral and had everyone wanting to know the story behind this “Little Zen Monkey”.

When she was just a year old, Ellie made an appearance on The Ellen Show. Ellie looked a little bit bored as Ellen DeGeneres chatted with her parents, but the chubby-cheeked cutie lit up when challenged with a climbing wall in the studio. 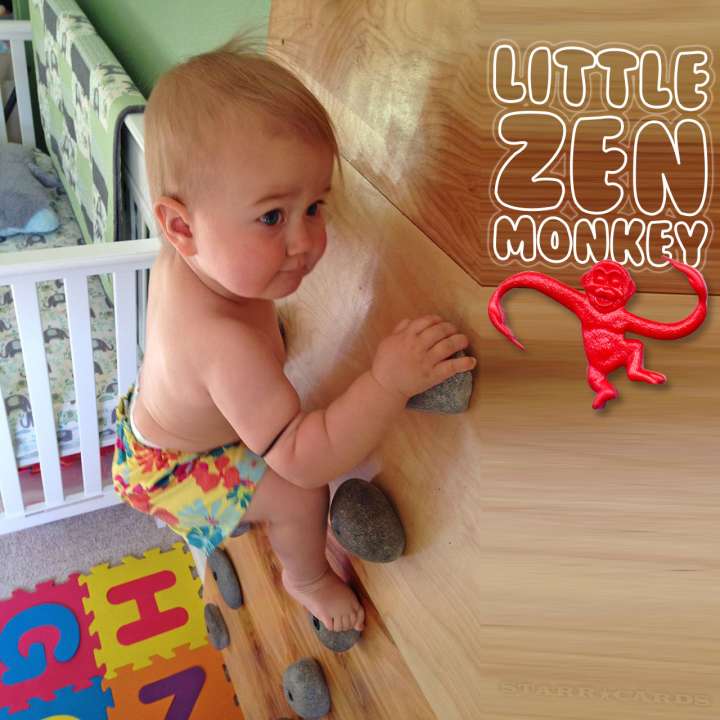 The Farmers created a blog called Little Zen Monkey, where they chronicle their climbing adventures and hope to inspire other families to experience the joys inherent in exploring the great outdoors.

LIFE ON THE ROAD

The past eight months the Farmers have eschewed myriad media requests, instead opting to hit the road in an Airstream travel trailer to explore national parks from coast to coast and beyond.

The family’s Instagram page is a pictorial testament to a life led unfettered by self-imposed limitations. Ellie’s playground has become as vast as the four horizons and no mountain is too high to climb.