LeBron James flew out to Los Angeles for #PremiereWeek on The Ellen Show and was coerced by Ellen DeGeneres into playing a drinking game based on throwing crumpled paper balls into Roomba-mounted roving wastebaskets.

I shot hoops with @KingJames.

Due to wonky scoring, James ended up having four shots of vodka versus just one-and-a-sip for the host. James looked less than enthused in having to down shots two through four.

Before the hoops game, James shared details on his latest business venture; producing a game show for NBC based on plinko (which is itself based on Japan’s pachinko) — a game where a ball is randomly diverted down a board by a grid of pegs. No word yet on who will emcee the show, but it’s probably a safe bet it won’t be Seattle Sounders FC part-owner Drew Carey who already hosts a plinko game on The Price Is Right. 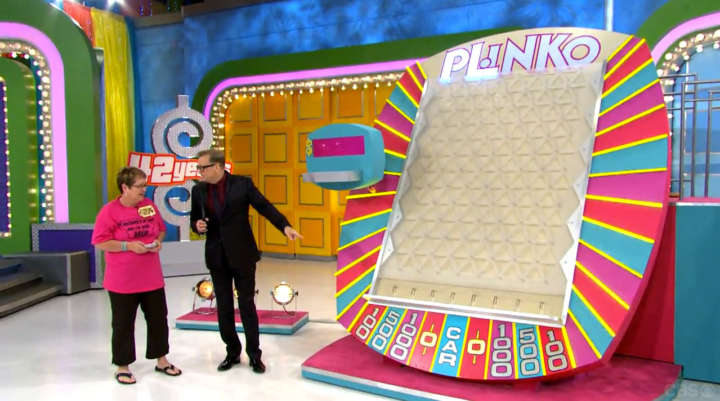 After The Ellen Show taping, James posted a video to Instagram of himself signing “Happy Birthday” to an old Sports Illustrated cover of teammate Kevin Love who turned 28-years-old on Wednesday.

Happy Bday to my guy/bro @kevinlove!!! Enjoy to the fullest. All love for Love! #MyVocalsAreNice #Automatic #Worrrrrkkkkk Hahahaha

Judging from the vocals and camera work, the Cleveland Cavaliers superstar may have still been feeling the effects from the drinking game…