The American Ninja Warrior Los Angeles Finals course featured one never before seen obstacle — The Wedge. A procession of ten talented ninjas managed to navigate their way past the Quad Steps, Pendulum Swing, Escalator Steps, Ring Climb, I-Beam Cross, Warped Wall, and Salmon Ladder only to succumb, one after another, to The Wedge. 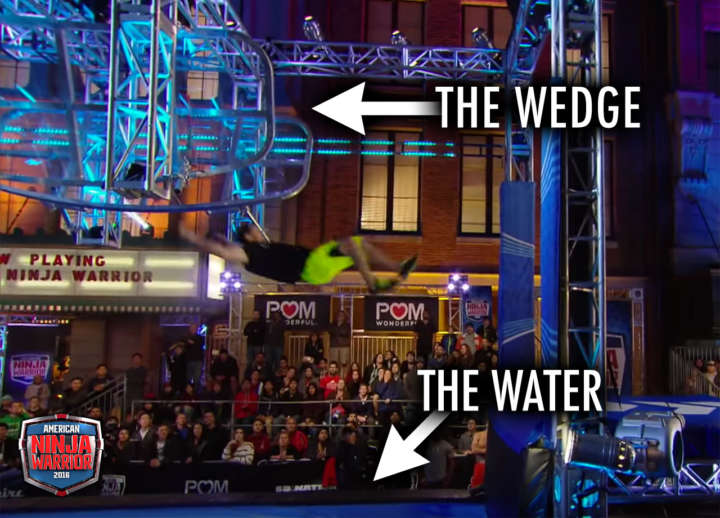 As the night wore on, it became increasingly clear that it was going to take nothing less than a superhero to conquer the bedeviling newcomer.

Rocking the same Wonder Woman-inspired outfit that she wore at the LA Qualifier, Jessie Graff ran, jumped, and climbed her way to The Wedge. Then Graff, who works as a stunt woman on the Supergirl television series, proved that superheroes exist in real life.

Graff jump hung her way across The Wedge and successfully dismounted to the platform below, sending the crowd – and announcers Matt Iseman and Akbar Gbajabiamila – into a state of euphoric delirium. 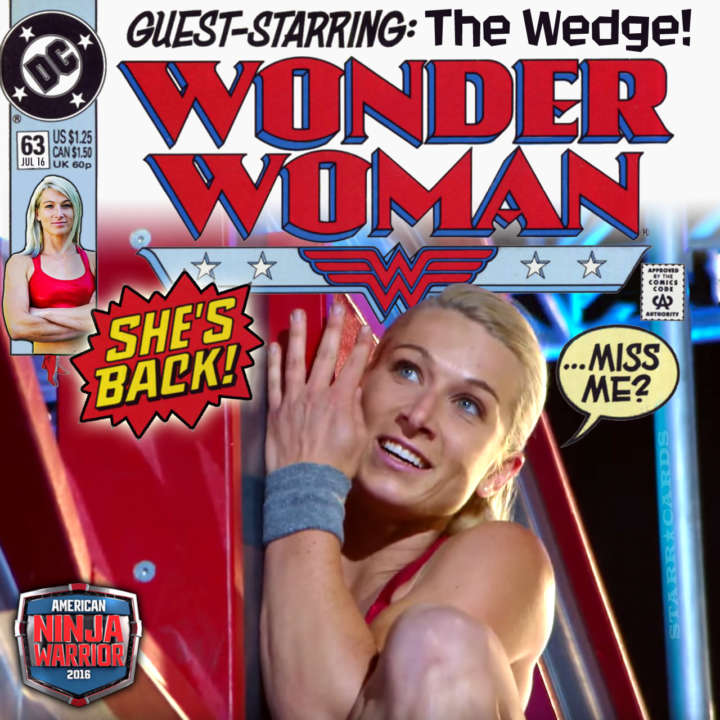 Graff’s stunning performance puts the heat on DC Comics to step up their association with the real-life Wonder Woman. Can this girl get her own comic already?

Thanks @DCComics for all the awesome #wonderwoman75 swag! pic.twitter.com/HPVDkshvCT

The American Ninja Warrior course designers themselves found The Wedge to be a more than worthy adversary. Even without having to go through the earlier part of the course, fifty percent of the testers were wiped out by the obstacle named for a Newport Beach surfing spot.