Japan’s Kei Nishikori must feel like the the gods of Sugarloaf Mountain are smiling upon his pursuit of a medal in Rio after pulling off a miraculous point against Spain’s Albert Ramos-Viñolas. Nishikori’s racket slipped out of his hand after serving the ball, but he managed to chase down the racket and initiate a winning volley off of Ramos-Viñolas return shot. 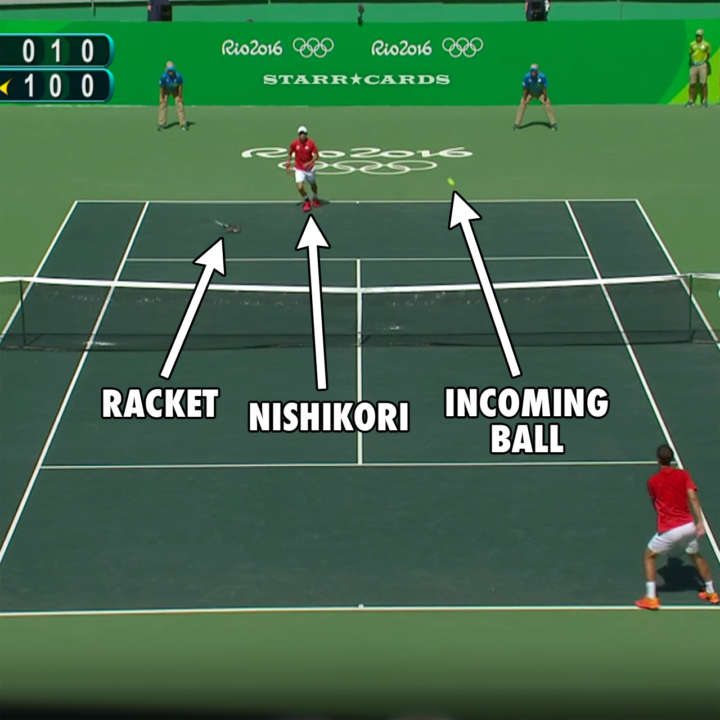 The sixth-seeded Nishikori won his opening round Olympic match two games to none and will next face Australian John Millman after he blanked Lithuanian Ricardas Berankis, 6-0, 6-0.