Of the many racers at the American Ninja Warrior Oklahoma City Finals, only Grant Clinton and Daniel Gil were able to complete the course, thanks in part to a nasty new obstacle known as the window hang. 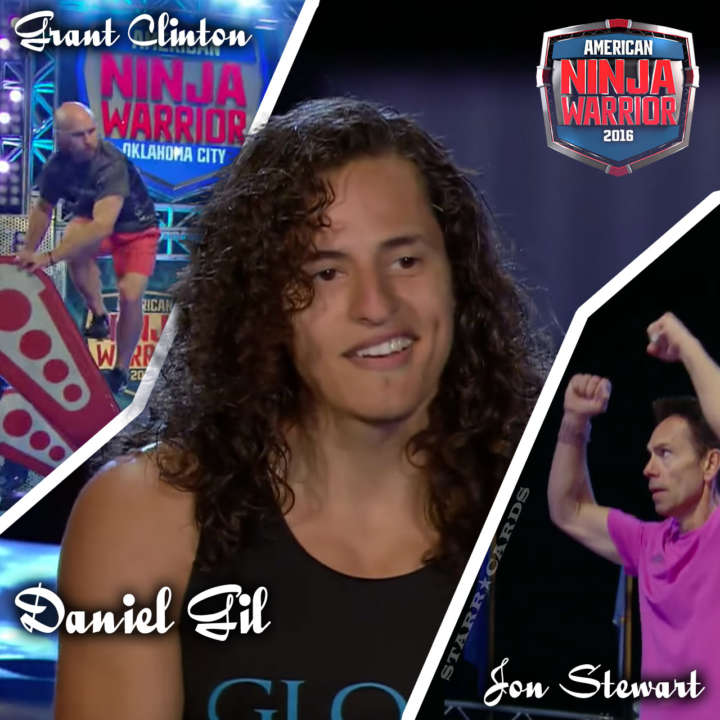 The Run of the Night belonged to 38-year-old rookie Clinton who was racing just six months removed from life-saving surgery following a stroke.

During his extended hospital stay, the former Huskers gymnast was told by doctors that he would never be able to strenuously exert himself again, but in Oklahoma City he emphatically proved the doctors wrong.

Grant Clinton is the first finisher of the night! RETWEET if you’re cheering at the TV! #AmericanNinjaWarrior pic.twitter.com/xF0GqphDtN

The 5-foot-5 mortgage banker was the first to complete the course, punching the buzzer at

ANW sophomore Gil took a decidedly less arduous path to the City Finals. The day before the competition, he drove six-hours from his home in Houston to Oklahoma City, then slept in until 3 the following afternoon.

In addition to exacting hair prep before his ANW runs, Gil likes to power up with an open-faced peanut butter, avocado, banana sandwich.

The opera-singing dancer made a splash last season with luxurious locks that rival his girlfriend Abigail Ganzalez’ kinky curls.

Gil raced through the course in a time of 5:14.27 after making short work of the normally upper-body-busting invisible ladder.

“There's a new top dog in ninja warrior — it's Daniel Gil. No doubt about it.”

In the other crowd-pleasing run of the night, 54-year-old Jon Stewart broke his own record in becoming the oldest ninja to qualify for the Vegas Finals. Stewart was one of the few competitors to reach the window hang, but ultimately succumbed to the grip-strength sapping power of the narrow ledges.

At the other end of the age spectrum, Stewart’s daughter is showing signs that she’s inherited some of her father’s ninja chops.