Inside the octagon or out, Conor McGregor is loathe to play second fiddle to anyone. When Real Madrid striker Cristiano Ronaldo stopped by his Vegas training camp, McGregor noted the differential in their respective tans and vowed to ramp up his sunning regimen. 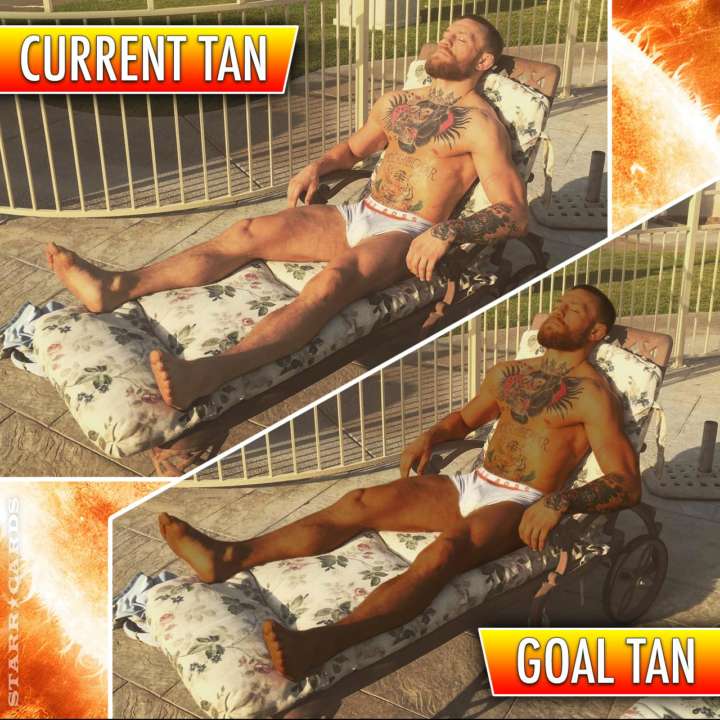 Ronaldo is the sporting world’s answer to perpetually-tanned actor George Hamilton, so the light-complected McGregor has his work cut out.

McGregor is slated to face Nate Diaz on August 20, after their original rematch was famously postponed. The Irish fighter sent in a taped message to Conan calling out Diaz on his attire and earlier victory.

For his part, Diaz responded to the challenge in his usual laid-back style.

Conan O’Brien quizzed Diaz on his beef with pop singer and McGregor-backer Justin Bieber. Diaz explained there was no bad blood between the two after the former reposted a colorful comic that went viral…

So who will win UFC 202 — a browner, brawnier McGregor, or the Stockton slapper Diaz?