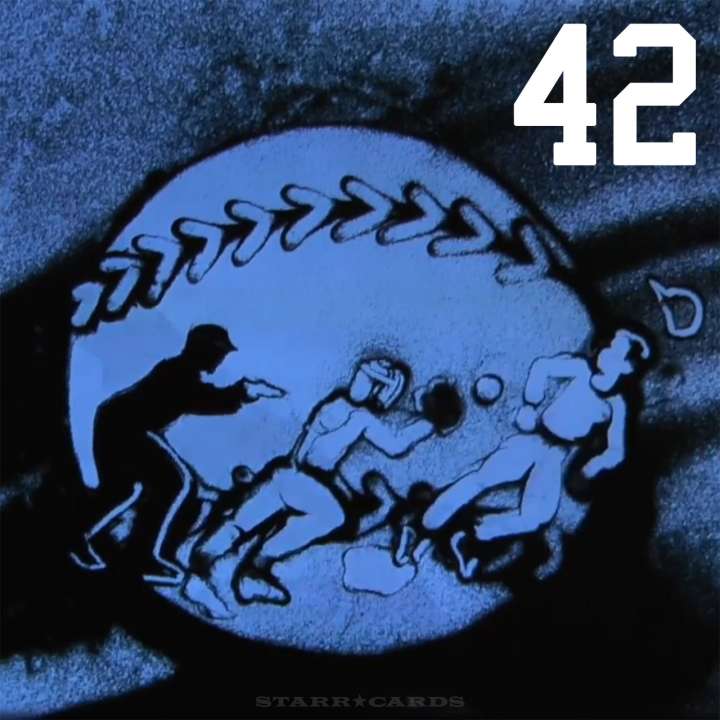 The sand-art animation, which features Robinson sliding safely into home plate, is the work of Joe Castillo who rocketed to fame on America’s Got Talent.

Robison’s life reads like a chronicle of firsts. Aside from being the first black player in MLB, he became the league’s first black television analyst, and later was the first black vice president of a major corporation — coffee brand Chock Full o’Nuts.

The #Dodgers Jackie Robinson statue that will be unveiled tomorrow night. 📷 @arashmarkazi pic.twitter.com/8IT65EgTsi

Last year, the Dodgers unveiled a statue of Robinson, the first to grace their stadium in its 55-year history. On hand for the ceremony was long-time Dodgers broadcaster Vin Scully; pitchers Sandy Koufax and Don Newcombe, who were Robinson’s teammates during the team’s World Series-winning campaign in 1955; and current Dodgers co-owner Magic Johnson.

In 2015, astronaut Terry Virts, orbiting Earth in the International Space Station, donned a No. 42 Dodgers jersey in honor of Robinson’s courage. He posted photographic proof positive to Twitter, complete with floating baseball.

With Virts’ tribute, Robinson became the first baseball player to have his uniform worn in space.

See how many other additional firsts you can glean while watching 1950’s The Jackie Robinson Story — which was the first movie made about the baseball legend.