The Land of 10,000 Locks produced another bumper crop of magnificently-maned hockey heroes this year, but only a select few are named to the Minnesota State High School All Hockey Hair Team. The video announcing the winners features New York Islanders winger Matt Martin who “knows a thing or two about great hair.” 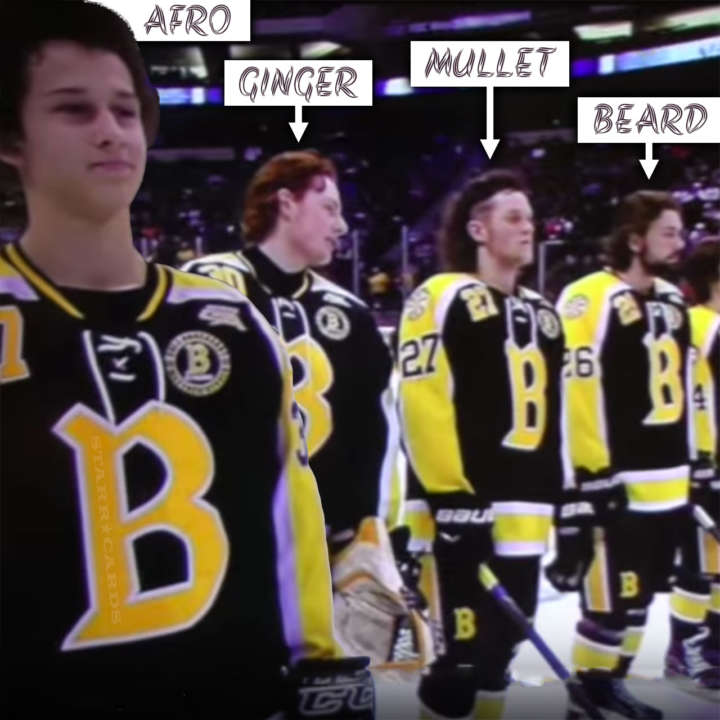 The Burnsville Blaze may have finished in fourth place in the South Suburban league, but they walked away from the season on top of the world by placing four players in the coveted No. 1 position on the All Hockey Hair Team.

The mastermind behind the All Hockey Hair Team is John King, a forty-two-year-old marketing director and native Minnesotan. Ever since he debuted his hair picks in 2011, its popularity has grown, and grown, just like the fibrous strands of keratin it celebrates.

This year’s video is approaching 2 million views on YouTube and was the subject of an ESPN E:60 segment hosted by none other than Mr. Mullet himself, Barry Melrose.

The complete lineup of past All Hockey Hair Team winners is must viewing for aspiring barbers.