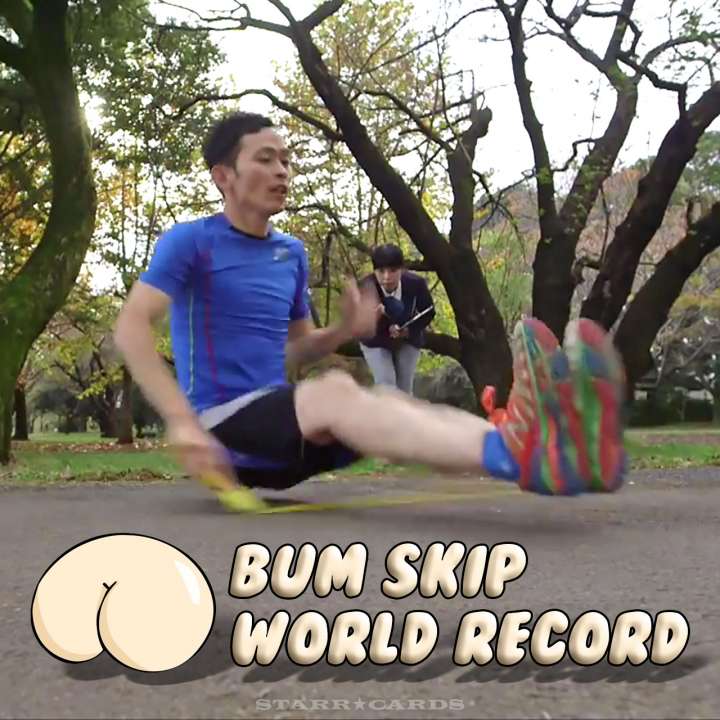 “Bum skips really hurt, but eventually I got used to it.”

Actually breaking a world record, it turns out, can be a real pain in the butt. Watanabe overcame two rope-stopping glitches and a half minute of posterior pain, to set a new world record for Most Bum Skips in 30 Seconds with a total of 104.

Think you have enough junk in the trunk to challenge Watanabe’s record? The bum skip, which is also known as the cowboy and butty bounce, requires quick-reacting abdominal muscles and a Herculean hiney.