The success enjoyed by the top contestants on American Ninja Warrior is no accident — take Meagan Martin for example. In addition to spending countless hours rock climbing, the former gymnast gets specialized training support as the lone female member of the Colorado-based Wolfpack, which includes ANW veterans Noah Kaufman, Brian Arnold and Ian Dory.

“These guys really push me to be better than myself and help me by always dreaming up creative courses for me to train on.”

— Meagan Martin, on the Wolfpack

Some precision practice from my training sesh with @wolfpackninjawarrior the other day💪💪💪!!! @nbcninjawarrior

For her ANW debut this year, Martin, with her mother in tow, hopped a flight to Indianapolis the day before her qualifying run. She’s fortunate enough to have an aunt and uncle living in Indy, which allowed the 24-year-old to get a good night’s sleep despite a worrisome weather forecast.

Ultimately, neither a lengthy rain delay, nor new and enhanced obstacles, could thwart Martin.

In Indianapolis, Martin became the first woman in American Ninja Warrior history to make it up the Warped Wall three years in a row, despite the wall being an extra six-inches in height.

Thanks for tuning into @nbcninjawarrior tonight!!! I am so happy to have been able to complete my third qualifier on the show. Thank you @pomwonderful for giving me the run of the night!!! Each time it is a little more nerve wrecking, but with the support of family, friends, and fans it all seems possible 💕!!! Psyched for the city final!!! #anw8 #3pete

Next up for Martin will be the Indianapolis City Finals in a few weeks, followed by an expected return trip to the Vegas Finals, where the warped wall has stymied her progress the past two seasons. Something tells us the wall won’t be getting in her way this time around… 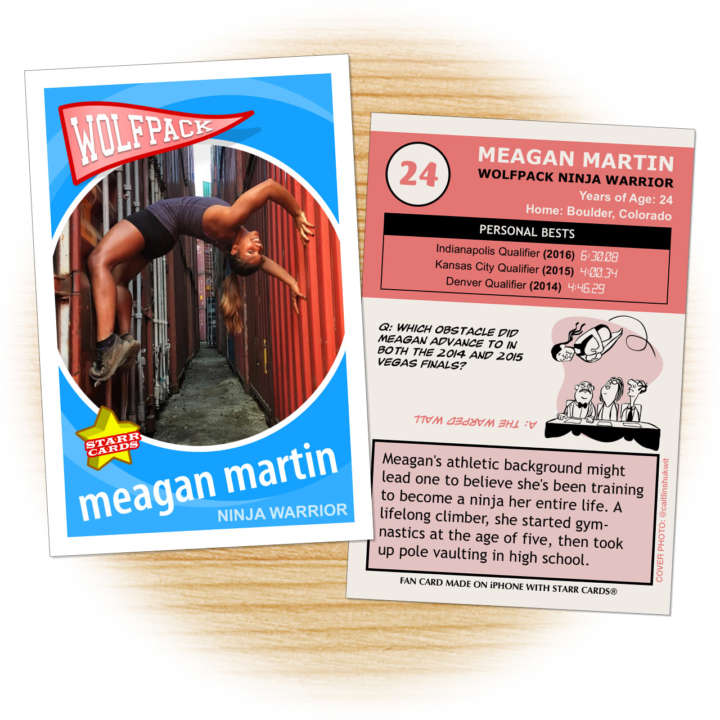