The NFL is enjoying an era of quarterbacking prowess the likes of which has never before been seen. The top three quarterbacks in career passer ratings — Aaron Rodgers, Russell Wilson and Tom Brady — all participated in last season’s playoffs, which culminated with Brady winning his fifth Super Bowl.

Since 1973, passer rating has been the official formula used by the NFL to determine its passing leader. The stat is generated from a formula applied to a player’s passing attempts, completions, yards, touchdowns, and interceptions. The resultant number ranges from 0 to 158.3 — the latter being considered a “perfect” game from a passing perspective. 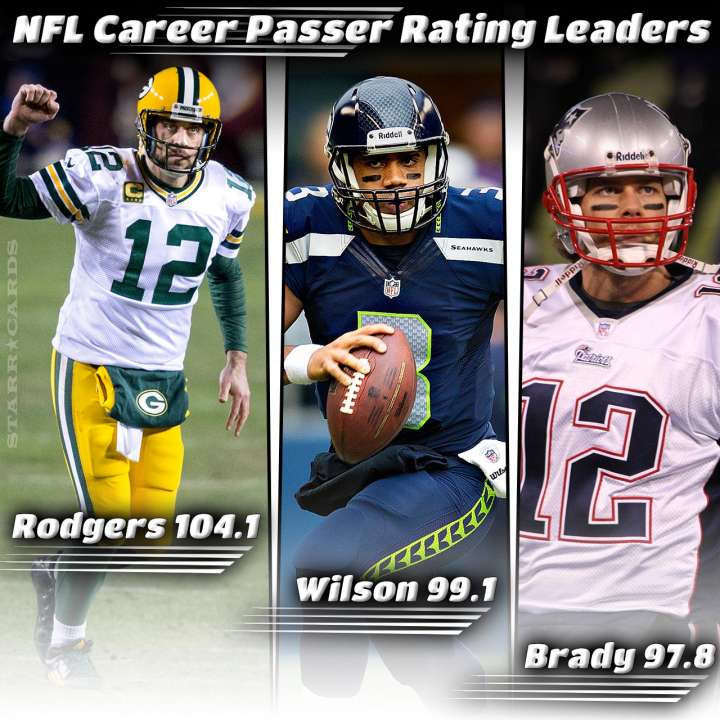 Rodgers career passer rating of 103.8 makes him the lone quarterback in league history to have a number north of 100. His 2011 rating of 122.5 still holds as the benchmark for a season’s work. In 2009, Rodgers recorded his best single game rating of 155.4, which came in a 31-3 victory over the Cleveland Browns. In that game he racked up 246 yards and 3 touchdowns while completing 75 percent of his passes.